Since childhood I have been curious about creatures assigned to the insect world. I recall happy summer hours collecting bugs from Newark’s parks and backyards. Of course, our apartment attracted non-collectibles such as water bugs, flies, ants, mosquitoes, and roaches. My mother’s precious rose garden attracted Japanese beetles. A bug’s life usually ended with a squirt of Raid or the heel of a shoe.

Jumping ahead many years – Tucson has its share of insects. Two weeks ago I found a most interesting bug in the garage. Sadly, the palo verde beetle was dead. Trapped in the garage, the beetle could not escape the still, hot air. Dead on its back, almost 3″ long with a lustrous, armor-like body, the beetle became my focus. I’m finished taking pictures of Buster and wonder what to do with the him. For now, he’s on the dining room table.

Beetle Life – a rather simple first stage, egg to larvae. In the grub stage, the insect lives underground and feeds on the roots of palo verde trees. After a few years (2 – 4) in the dark and in the monsoon season, palo verde beetles surface and fly off to find a mate.  When the female deposits her fertilized eggs, she dies. (I don’t know when Buster beetle kicks off.) Life above ground lasts for perhaps a month, and the cycle begins again. 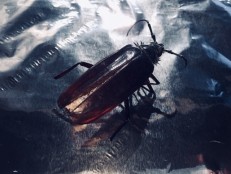 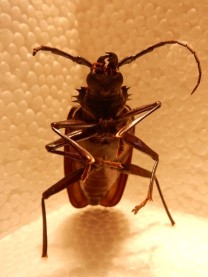 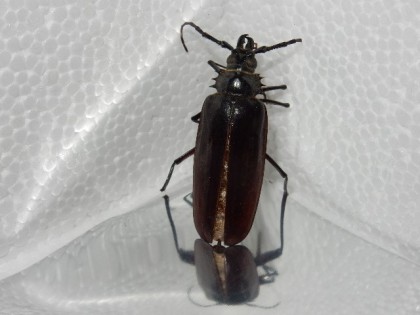 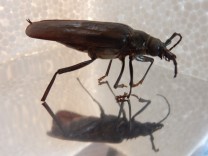 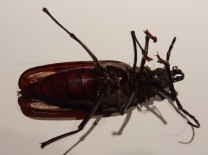 4 thoughts on “A Beautiful Beetle”

This site uses Akismet to reduce spam. Learn how your comment data is processed.

Come on back and relax.

A tour of Public Lands & National Parks in the USA